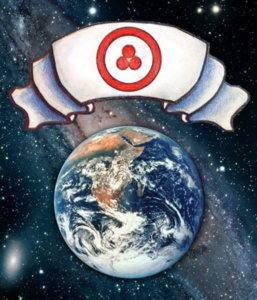 Lyudmila Vasilievna Shaposhnikova (1926-2015), scientist and public figure, first vice-president of the International Centre of the Roerichs, founder and general director of the Nicholas Roerich Museum, was able to initiate a powerful Roerich movement and unite many societies around a common goal.

Over the many years of meeting at the ICR, participating in common programmes, we have grown closer, getting to know each other. A common desire to benefit in the field of Culture, to involve others, was expressed in an understanding of the need to join forces in the space of Europe. The ideas of our joint meetings and the common work of the European Roerich Societies were “hovering in space”. We have also been united by joint work to protect the name and the heritage of Nicholas Roerich, especially after the publication in Europe of books filled with false information about the Roerich family and claiming to be called a biography of Nicholas Roerich.

The first meeting was held in 2013 in Helsinki, Finland. Kira Alekseevna Molchanova, the founder and head of the Estonian Roerich Society, the oldest member of the Roerich movement and a prominent public and cultural figure, suggested to hold “Baltic Meetings”. Through the efforts of the Roerich Society of Finland and with the strong support of the Latvian branch of the ICR and, in particular, its head Marianna Rudolfovna Ozolina, the International Round Table “The Banner of Peace: Road to Future through Culture” was organised and held.

International Conference “The Roerich Pact and the Banner of Peace – A Milestone in the Evolution of Consciousness”, August 13, 2021 in Helsinki and August 14, 2021 in Tampere, Finland. Conference overview.

International Round Table “The Banner of Peace: Path to the Future through Culture”, June 15-16, 2013 in Helsinki, Finland. Overview of the Round Table.