The names of the members of the Roerich family are embossed in golden letters in the annals of world and national culture: Nicholas Konstantinovich, Elena Ivanovna, their sons – Yuri Nikolaevich and Svyatoslav Nikolaevich.

Each of them has left a unique mark in the cultural space of our planet. Extraordinary harmony of this great family represents a spiritual and creative unity, where everyone was irreplaceable, unique and highly talented. The short biographies available on this site outline only the contours of their lives. Impetuous lives, fearless, heroic, traversed in unwavering devotion to the ideals of the Common Good, filled with selfless labour for the spiritual and cultural evolution of humanity.

The socio-cultural activities of the Roerichs are planetary in scale. To approach the assessment of their life and creative path with conventional standards will not lead us to understand the essence of what was done by these outstanding representatives of Culture.

Their thoughts, deeds, aspirations are far ahead of the minds of modern people. As time passes, humanity is becoming increasingly aware of the importance of the unparalleled creative exploits of this family. The Roerichs’ Kingdom, the Kingdom of Beauty and Knowledge will long remain the moral pinnacle to which people will strive in search of eternal Truth. 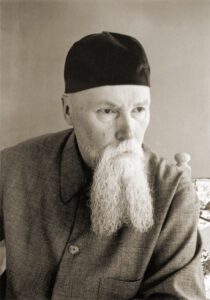 Nicholas Konstantinovich Roerich (1874 – 1947) was a great Russian artist, scientist, thinker, traveller and public figure of world renown. His creative legacy includes more than 7,000 paintings and drawings and about 30 books, which include literary and philosophical works. He was the initiator of the Roerich Pact, the first international treaty for the unconditional protection of cultural property in peacetime and during armed conflicts which was signed in Washington (USA) in 1935. The Roerich Pact became the basis of the modern international legal system for the protection of cultural property. In the 1930s, Roerich founded the international movement for the protection of cultural property under the Banner of Peace, which he called the Red Cross of Culture. He conducted the largest scientific expedition in the twentieth century to Central Asia (1924-1928). He founded the Himalayan Institute of Scientific Research “Urusvati” in India (Kulu Valley, Naggar). Roerich fervently loved his homeland and strove to return to Russia (then USSR) until his last days but did not receive permission from the Soviet authorities. From 1928 until the end of his days, he lived in India, which became his second homeland. A close friendship tightened the Roerich family and Jawaharlal Nehru’s family. (Continue…) 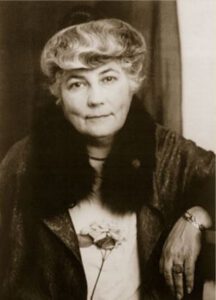 Elena Ivanovna Roerich (1879 – 1955) was a major Russian thinker, a profound expert of Eastern philosophy, a writer, a public figure, and a faithful associate of her husband Nicholas Roerich. Born in St. Petersburg, Russia, this distinguished daughter of Russia ended her life in Kalimpong, India, as she, like her husband, did not receive permission to return to her homeland until the end of her days. Her books include: “Fundamentals of Buddhism”, revealing the fundamental philosophical concepts of the Buddha’s teaching; “Cryptograms of the East”, dedicated to the legends of the spiritual Teachers of mankind; the essay “Saint Sergius of Radonezh” about one of the most revered Russian saints. She left a huge epistolary heritage. Elena and Nicholas Roerich, together with the Teachers of the East, created the philosophical system of Living Ethics. This philosophical system, created in Russian, is an inseparable part of that period of flourishing Russian culture (late 19th and early 20th centuries), which is known as the Silver Age. The Living Ethics permeated all aspects of Nicholas and Elena Roerich’s creative activity, being their foundation. This is also true for their sons. (Continue…) 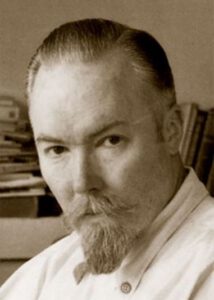 Yuri Nikolaevich Roerich (1902 – 1960) was the elder son of Nicholas and Elena Roerich, an outstanding Indologist, Tibetologist, Mongologist, Buddhologist and encyclopaedist of the twentieth century, whose name is known in many countries of the world. He perfectly mastered more than 30 European and Asian languages and dialects, brilliantly knew the culture of the East, its religion and philosophy, and represented that synthetic orientalism, which Russia could be justly proud of. He left dozens of scientific works which greatly contributed to the development of some fields of modern Orientalism and to the rapprochement of the peoples and cultures of the West and the East. Yuri Roerich was the only Roerich family member who returned to the Soviet Union, in 1957, where he received Soviet citizenship and became the head of the Philosophy and Religion of the East sector of the Institute of Oriental Studies of the USSR Academy of Sciences. He passed away unexpectedly in 1960, in Moscow. (Continue…) 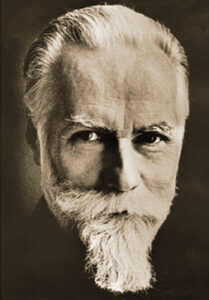 Svyatoslav Nikolaevich Roerich (1904 – 1993) was an outstanding artist, thinker, scientist and public figure, the younger son of Nicholas and Elena Roerich. Svyatoslav Roerich was very active in all cultural-educational organisations, created by Nicholas and Elena Roerich. He was deeply involved in the work of the Institute of Himalayan Studies “Urusvati”, where he headed the Natural Science Department. His research interests included ornithology, botany, mineralogy, Tibetan pharmacopoeia, philosophy, art history and cultural studies. His artistic legacy includes more than 5,000 paintings. He lived a significant part of his life in India, where he finished (in Bangalore) his earthly journey. Svyatoslav Roerich was a great son of Russia and a citizen of India. He founded the Children’s School in Bangalore (India) in 1962, based on the ideas of the Indian philosopher Aurobindo Ghosh, where great emphasis was placed on art education. Svyatoslav Roerich was and still is the Honorary President of the International Centre of the Roerichs, which was established on his initiative. (Continue…)