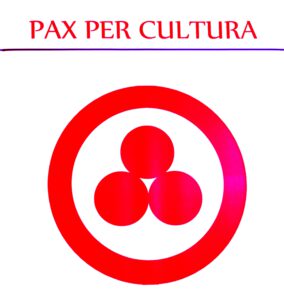 One of the important conditions for the development of any society was and remains Culture as an environment in which new ideas are born, expanding the horizon and forming a new worldview, giving impulses for the development and prosperity of statehood and the welfare of the country as a whole.

Nicholas Roerich and members of his family have left an enormous cultural legacy. It contains new philosophical, scientific, cultural and artistic meanings, so important for the development of civil and legal values. Nicholas Roerich contributed to the treasury of world culture and science. He was elected honorary and full member of more than a hundred world-renowned institutes, academies, scientific corporations and cultural institutions. His paintings are in many museums and private collections all over the world.

Svyatoslav Roerich bequeathed a part of Roerich’s heritage to his parents’ homeland in Russia to be placed in a public museum, which was to be a museum of cultural development and enlightenment. Changes in Russia in the 90’s made possible the successful implementation of Svyatoslav Roerich’s initiative. The public Nicholas Roerich Museum in Moscow became a vivid example for the formation of a public form of culture and the building of civil society in Russia.

The Roerich Pact, a treaty for the protection of artistic and scientific institutions and historical monuments, initiated by Nicholas Roerich, was an important event of the 20th century. Nicholas Roerich, who was a jurist, tried to establish in the minds of people the necessity, first of all, of legal protection of cultural objects, as he was deeply convinced that the cultural wealth is beyond time, beyond the borders of states and belongs to all mankind. The document he created was aimed to protect the cultural values of various nations, the will of patrons and donors, as well as the copyright of creators and geniuses. The Roerich Pact was signed in Washington D.C. in 1935, by 21 countries of the Americas as a result of the extensive legal and public works of Nicholas Roerich and his associates. The signatories to this treaty undertook to protect cultural objects, rendering them patronage and respect in times of war as well as in times of peace. (Continue…)

“TREATY FOR THE PRESERVATION OF ARTISTIC AND SCIENTIFIC INSTITUTIONS AND HISTORICAL MONUMENTS”, signed at the White House by representatives of twenty-one American republics on April 15, 1935, at 12 noon. To recommend to the governments of the American States which have not yet signed the Roerich Pact, initiated by the Roerich Museum in the United States, that they accede to this Pact, aimed at the worldwide recognition of the flag, whose design is widely known, to ensure the protection, if threatened, of all monuments constituting the cultural heritage of peoples, whether in public or in private ownership.

Report of the ad hoc committee of the board
of of the Pan-American Union on the Roerich Pact,
approved by the board on April 4, 1934

The Committee, which has prepared, by the instructions of the Board, a report on the measures which may be taken by the Pan-American Union to promote the realization of the idea originally proposed by Professor Nicholas Roerich and set forth in the Pact for the protection of artistic and scientific institutions and historical monuments, which the Seventh International Conference of American States has recommended to the States of America for adoption, has the honour to report the following:

Based on the fundamental principles laid down in the document originally proposed by Professor Roerich as the World Covenant, the Committee has outlined them in the form of a draft inter-American treaty, which is proposed for consideration by the Board.

The Committee recommends that the governments of the member countries of the Union grant their representatives on the Board of Management unconditional authority to sign this Covenant, to be held on April 14, 1935, or [at] such earlier date as the Board of Management may designate if all its members receive unconditional authority before April 14, 1935. After 14 April 1935, the Covenant shall be open for accession by the remaining states.

Videos about the Roerich Pact and the banner of Peace

Chronology of the movement

Relevance of the Roerich Pact and the Banner of Paece

International Forums to the Roerich Pact